Whether they be seen as a piece of art on one's body, or a symbol that represents a person's history, faith, affiliation, beliefs, and more, tattoos are a form of body modification that can be described as nothing less than a global cultural phenomenon. Throughout history, people from all around the world have voluntarily - or have been forced to - endure the pain of having ink inserted into the dermis layer of their skin.

Tattooing has been around for longer than what most people might think. Its existence has been traced to as far back as the Neolithic period, around ten thousand years ago, as evidenced by mummified skin and archaeological records. One of the earliest known examples of a tattooed human skin was found on the upper lip of a Chinchorro mummy from South America, which was discovered to be from around 6000 BC.

While modern society views tattoos as an aesthetic choice, a symbol of rebellion or fanaticism, and an art form, many indigenous cultures around the world still see them as a symbol of leadership, a representation of a boy's passage into manhood, or a badge that identifies rank or title. The symbolism behind every tattoo is generally different from one culture to another, but each can be as beautiful as it is meaningful.

Traditional Face and Neck Tattoo Designs from Around the World 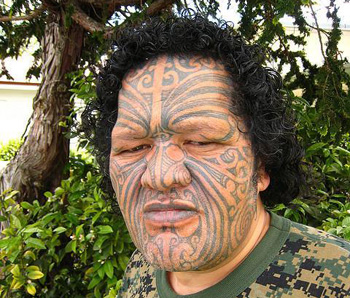 The Māori people of New Zealand practiced a type of body modification known as Tā moko, which traditionally involved carving the skin with chisels. Often done on the face, each tattoo contains sacred, ancestral messages that are specific to the wearer. These messages could tell the story of one's heritage, tribal affiliation, or social standing. These facial markings are also said to have made an individual more attractive to the opposite sex. During the 20th century, the practice of Tā moko was declined as an art form, although it has seen a resurgence in recent years as more people with Māori lineage began wearing them as an expression of cultural pride. 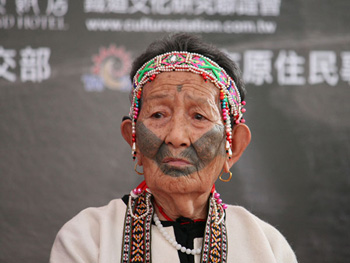 The Atayal people are the third largest indigenous group in Taiwan. For a time, the island nation formerly known as Formosa was inhabited by aborigines, whose culture and traditions have been passed on from one generation to another. One of the traditions that have survived through modern times is the wearing of ptasan, or facial tattoos that symbolize maturity. Atayal men wear them in to represent their ability to protect their home, while women wear them to show that they are qualified to weave cloth and keep their house in proper order. 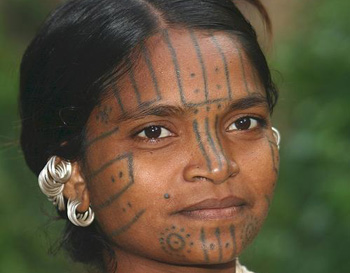 In Southern India, permanent tattoos are called pachakutharathu. They became popular in the late 1970s, as they were viewed as cultural symbols among many tribal populations as well as among the caste-based Hindu societies. In Northern India, permanent tattoos are called godna, and many have carried the tradition into modern times. The Wancho tribe from the north-eastern region of Arunachal Pradesh still value the art of tattooing. Men are tattooed on all four limbs and the face, while women wear light tattoos to go along with their necklaces, piercings, and bangles. 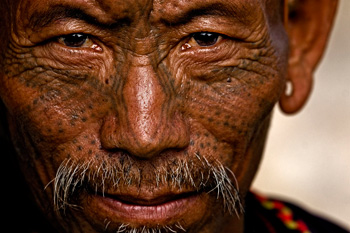 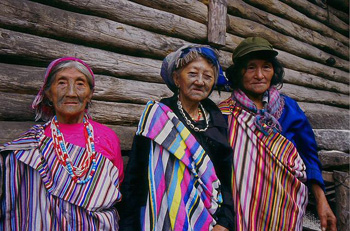 China - Considered a barbaric practice in ancient China, tattooing became a means to mark slaves and convicted criminals. It was not uncommon for individuals who broke the law to be marked with the Chinese character 囚, which meant "prisoner". The practice has since been discontinued, and tattoos are now seen more as a cosmetic choice rather than a meaningful symbol in modern China. However, some minorities such as the Dulong women in the Nujiang Lisu Autonomous Prefecture of Yunnan province continue the practice of tattooing. During the time when their ancestors were being attacked by their neighboring tribes, the Dulong women would intentionally tattoo their faces to make them less desireable to their attackers. In time, the practice become a rite of passage for the Dulong women, symbolizing their maturity.

In time, tattoos have come to symbolize more than just tradition. People from all over the world are starting to see face and neck tattoos as fashionable, yet still meaningful, pieces of permanent body art. The view of tattoos in general has changed.

The approach to tattoos today is different from how it was a few decades ago. The stigma that surrounded people with permanent tattoos are slowly being taken down, and society has become more and more accepting of them. 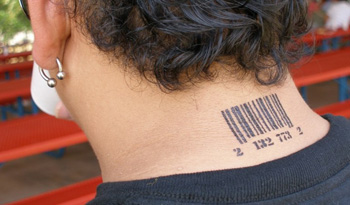 Celebrities have had - and continue to have - a significant influence on society's view on tattoos. Actors, musicians, and athletes from all over the world continue to prominently display their tattoos in movies and television shows. As a result, face and neck tattoos have become increasingly popular. 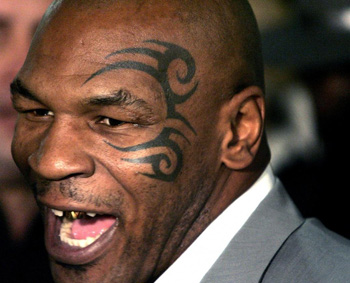 The most important thing to remember when deciding to get a tattoo is the fact that it is, for all intents and purposes, permanent. Tattoos today can be removed through laser treatment, but the procedure is said to be expensive and exponentially more painful than getting a tattoo in the first place. Whether a tattoo holds a personal meaning, or it was bestowed upon an individual by tradition, or it was simply a cosmetic choice, one thing's for certain - tattoos are here to stay.