Tattooing is a form of body art that is associated with culture and lore. It has a long history that dates back to thousands of years, wherein one of the oldest artefacts is a tattooed South American mummy whose carbon dating result dates scientists back to 6,000 BC. The tattoos are believed to be done for beautification purposes, for the man to attract the woman.

In other ancient cultures, tattoos were applied to the human body for the beautification of men and women, commemorate milestones, marks of ritual activities, and religious symbols. For most people, tattoos should represent their soul-deep level of affinity to nature, gods, personal beliefs, and significant others. A 2012 poll survey by Harris Interactive showed that American adults with tattoos got inked because they think they look sexy on those, while others say it makes them feel strong, rebel, more spiritually aware, and attractive. In fact, of the 2016 adults surveyed, 21 percent has inked their bodies with at least one tattoo. The number has significantly increased compared to the previous years, which fans may take as a sign of positive change.

However, if you belong to the 45% of survey participants who think tattoos make a person less attractive, do note that people with tattoos can still get offended by your snarky remarks on their lifestyle. Tattooing is a way of self-expression for most people so tattoos do bear some sentimental value. To avoid disrespecting their beliefs and personal choices, make sure to refrain from firing up these comments at them: 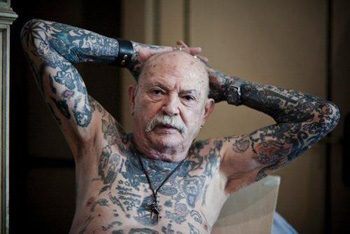 Health deterioration come as we age, in which a loose skin is an obvious sign of it. So tattoos on a saggy skin can look repelling to many people that they may as well regret having it. However, this isn't always the case, as some can seem to defy aging because of their great skin condition; hence, the tattoos would still look good on them. The secret lies in taking care of the body while you are still young. Want some proof?

Sticking the needles in and out of your skin does hurt! People have different levels of pain tolerance. For example, some may say that getting inked on the shoulder hurt more than on the legs, while some thought that the wrist is the least painful body part to have a tattoo on. Did it hurt is a kind of question that should be laid to rest forever.

3. Can't imagine myself getting a tattoo 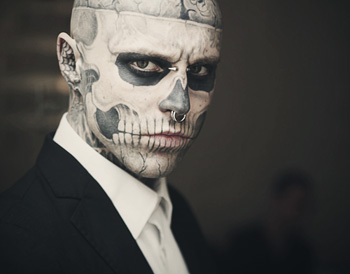 You've seen how people with tattoos carry it gracefully and proudly and then all you've got to say is that you would never have one like ever. It is obviously an unnecessary remark because people have different opinions on things in the first place. Nobody has said you should get one anyway, so there's no point in stating why you must not get one either.

4. Oh, you have a tattoo! Must be frustrating you can't donate blood

It's true. But people with tattoos are not allowed to donate blood in a certain period of time only. The American Red Cross does say that if you have a tattoo you can only donate blood one year after your last tattoo session. The only thing that may prevent a person from donating blood is if the tattoo parlor from where the session took place is not regulated by the state. So before you drop that line, make sure if the person really did get the tattoos from an unregistered studio.

5. Why did you get that tattoo on your lower back; it's taboo!

Also known as the tramp stamp, this classic stereotype of shaming women with a tattoo on the lower back should stop. Getting inked on this specific body part means that the woman who has it must be sexually perverted, wanting to have multiple hook ups with men. It's an unacceptable judgment that singles out women who may have happened to just like having a tattoo on their lower back.

6. What did your parents say about your tattoos? 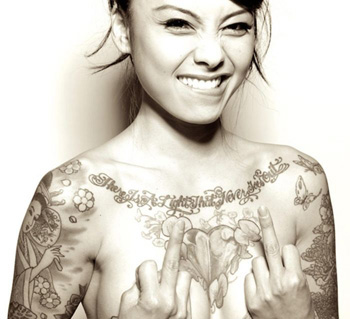 This kind of question leads the person to think whether his or her parents got disappointed by having a tattoo. This body art has always been seen as a rebellious act, thus parents usually do not approve of it. However, understand that it is natural for us to make personal choices and just believe that some people with tattoos did it for all of the good reasons. Just because your friend has a tattoo doesn't make him any less of a person.

Not, they are not. There are sophisticated tattoo removal procedures that have been developed in the last few years. This can be done thru surgical operations and creams, but both of which can be pricey. Additionally, black ink designs are a lot easier to remove than the colorful ones.

8. Tattoos can get you rejected for a professional job

Not always the case, though. Have you seen the tattoos of Sir Winston Churchill? Have you heard about the CIA accepting professionals regardless of whatever form of body art they have? Truth is, some employers see nothing wrong about their staff members wearing a tattoo as long as they're discreet about it. In today, business ethics, diversity and equal opportunity principles are widely applied by lots of for profit and non-profit organizations.

9. What does your tattoo mean and why did you get that?

A rather personal question, is not it? People get a tattoo for personal reasons, most of which are experiences that have the most impact to their lives. For instance, you are on a date with a girl wearing a tattoo and had to ask what it means and why did she choose that particular design. The backstory could be as dramatic as the tattoo tells a story of how her mother survived through a fata medical condition or other sensitive instances. Would you want her to make a scene and ruin the date? Therefore, it's a tricky question that need not to be asked on your first meeting with the person. Take some time to get to know each other first and only then you can feel free to ask about the tattoo's backstory.